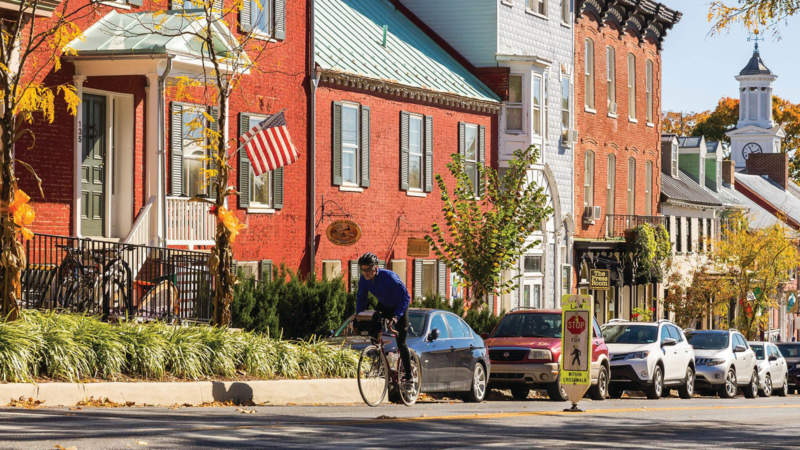 In 1862, Shepherdstown became an unlikely Civil War field hospital, tending to nearly 8,000 wounded soldiers following the bloody Battle of Antietam in Sharpsburg, across the Potomac River. As Union forces chased Confederates south, the Battle of Shepherdstown became the deadliest action in what eventually became West Virginia.  The Historic Shepherdstown Museum contains exhibits detailing the town’s pivotal role during the war. Sharpsburg is a short on-road ride away, and features several bed and breakfasts as well as the Antietam National Battlefield, well-worth a day visit biking tour.

Shepherd University and its performing arts and public art installations makes for a lovely side trip. The Duke Street Underpass is adorned with a life-size abstract painting that draws from local elements – like rolling mountains, rhododendron, and chimney swifts.

Fourteen preserved structures near Shepherdstown are on the National Register of Historic Places, including Shepherd’s Mill (1739), Boidstone’s Place (1766), and the Van Swearingen-Shepherd House (1773), and many are bikeable via local roads.  The 75-foot tall Rumsey Monument, commemorating mechanical engineer James Rumsey’s successful deployment of a steamboat in 1787, overlooks the Potomac River and makes a fine picnic spot.

Parking along the C&O Canal Towpath is in a dedicated lot adjacent to the towpath and across the Potomac River from Shepherdstown.  A winding bike and pedestrian path takes you up and over the river and into the Shepherdstown Historic District. 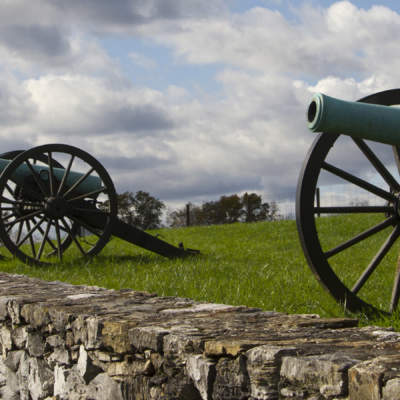 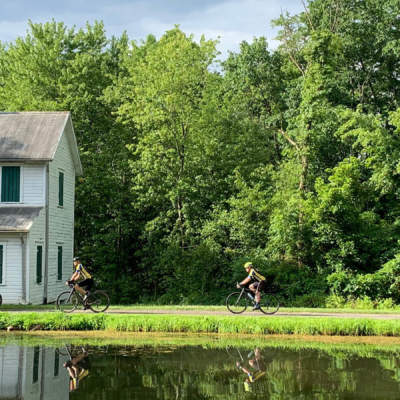 An award-winning winery in Sharpsburg, Maryland, offering local wines and stunning views of the Antietam Battlefield. A full-service bike, kayak, and canoe shop in Shepherdstown, with sales and rentals to individuals and groups since 2007 The Inn at Antietam

Rest well at the Inn at Antietam, amidst the Antietam National Battlefield in Sharpsburg, near the C&O Canal Towpath.