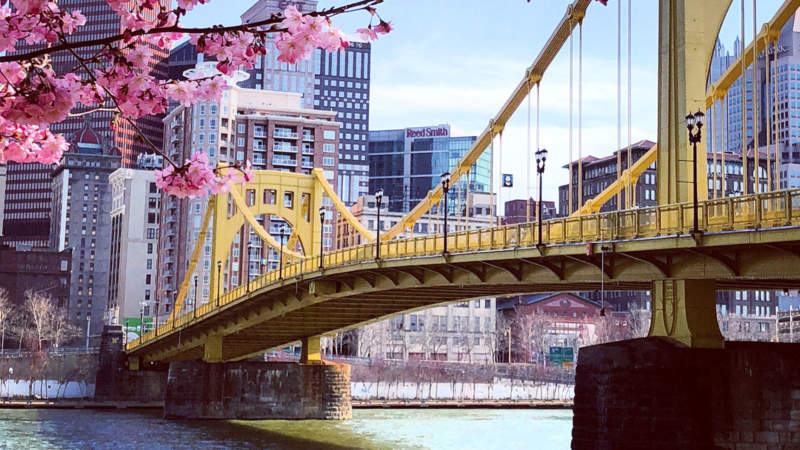 Once renowned as the world center for steel production and related manufacturing, Pittsburgh is now a hub for medical research, higher education, tech startups, and unique treasures like the Andy Warhol Museum and August Wilson African American Cultural Center. It’s home to 446 bridges (more than any city in the world!), scores of hilly neighborhoods, dozens of craft beer breweries, three famous sports teams, and a burgeoning bicycling community. It’s a city proud of its working-class roots.

The GAP’s western terminus is within Point State Park, at the confluence of the Monongahela River and Allegheny River. Stop in at the Fort Pitt Museum to learn about Pittsburgh’s pivotal role during the French and Indian War. Gather at the park’s famous fountain to take in the entire downtown cityscape.

The GAP passes by the Smithfield Street Bridge, an 1883 lenticular truss bridge named a National Historic Civic Engineering Landmark, and across it, the historic Pittsburgh and Lake Erie Railroad terminal, which now houses the Grand Concourse Hotel.

PedalPGH is an annual bicycle sojourn — a ride, not a race — around Downtown Pittsburgh and its surrounding neighborhoods.

Rent a watercraft and practice your paddling with KayakPittsburgh, part of Venture Outdoors.

The Pittsburgh Three Rivers Marathon is a nationally-renowned 26.2 mile race that winds through Downtown Pittsburgh and into various neighborhoods each May.

Amtrak’s Capitol Limited serves Pittsburgh with a regular train to Connellsville, Cumberland, and Washington, D.C. and one to Cleveland and Chicago.  Its Pennsylvanian serves Philadelphia and New York City. 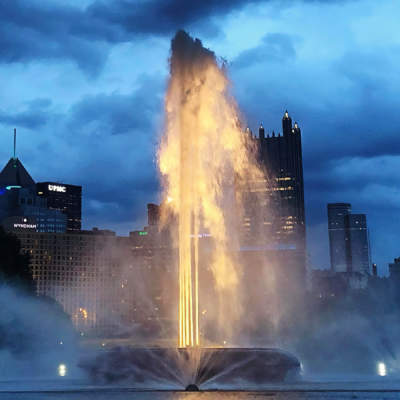 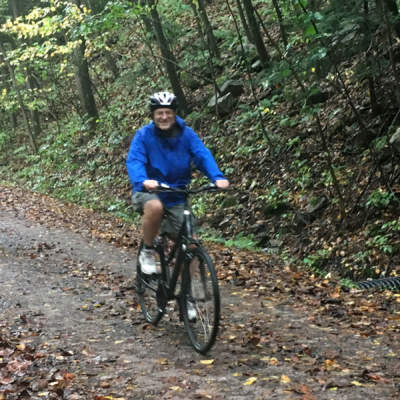 Recommended Trip The Ride of Your Life Arrange the perfect trip on the GAP or C&O Canal Towpath with expert logistics, bike rentals, shuttles, and more. Outfit your group for a GAP trip with a full range of comfortable bicycling apparel. Custom designs are available! Authentic bike touring experiences for every level of ability. Discover the best of America’s favorite trails. Retro-tainment, street food, and craft beverages on Pittsburgh’s North Shore, all with an old-school vibe. Start or end your trip with free hot breakfast, pool access, and a scenic location in the heart of Downtown Pittsburgh.